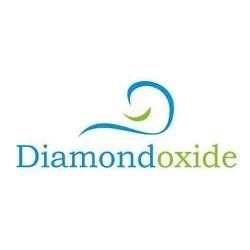 Clo2 remains a "True" gas when placed into water or other solution.This means that ClO2 retains its distinct chemical structure and properties after being dissolved, just like carbon dioxide does when dissolved in a can of soda pop. This property has important implications for both treatment efficacy and safety. First, with regard to efficacy, ClO2 remains just as potent a biocide when dissolved in solution as it was in its pure gaseous form. In contrast, chlorine is an acid gas that dissociates to form hypochlorous acid and hydrochloric acid when placed in water. These two chlorine species are both more corrosive and less effective as biocides than the original chlorine gas In addition, the existence of ClO2 as a true gas means that it is 100% effective in ClO2 liquid Solution (Diamondoxide) just like ClO2 as a true gas.Clo2 is highly soluble in water as well as in a variety of organic material.Because it is so soluble, ClO2 penetrates through materials that protect microorganisms from other biocides. For example, in water systems, bacteria can be protected by a polysaccharide film. Chlorine has difficulty penetrating this barrier because of its ionic nature in water. ClO2 readily penetrates through this layer to kill underlying organisms. This quality makes ClO2 highly effective in controlling cooling tower biofilms. Another example of its extreme liquid solubility and penetrability occurs in the petroleum production environment where ClO2 in used to penetrate through a hydrocarbon layer to oxidize contaminants and kill bacteria being shielded by the hydrocarbon material.Clo2 has been shown to be a highly penetrating biocide because it is always in gaseous state.It is so penetrating, contaminated facilities can be fumigating with ClO2 without first removing all porous substances. Through placement of surrogate spore strips, it has been proven that ClO2 gas can readily penetrate through cloth, fabrics, paper, etc. and inactivate high concentrations of spores (e.g. 106 log spore strips).Clo2 doesn't need to be removed from surfaces or air spaces following treatment.Because it is a "free radical" molecule, ClO2 decays naturally on its own, whether applied in liquid or gaseous form. 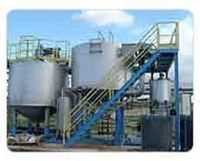 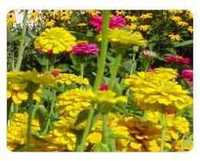